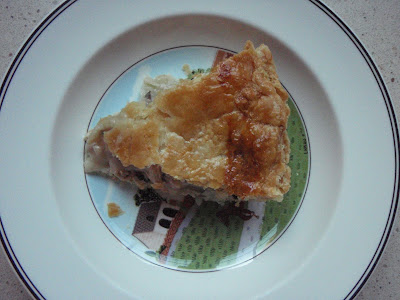 This wonderful dish was inspired by the recipe for Boone Tavern Chicken Pie.  My mother attended Berea College in Berea, Kentucky and worked at their Historic Boone Tavern Restaurant during her undergraduate years at Berea.  She owns a wonderful cookbook written by then Boone Tavern owner and her one-time boss, Richard Hougen.  The Look No Further cookbook was first published in 1951 and you can still find a few copies on Amazon.  I think the key to this recipe is the Fricassee sauce --I followed the recipe exactly for this part and then used Michael Ruhlman's 3-2-1 pie dough recipe.  This recipe is perfect for leftover turkey.  Yum!

Preheat oven to 350 degrees.  To make fricassee sauce:  heat chicken or turkey fat in sauce pan until melted -whisk in the flour.  Allow flour and fat to cook for about 5 minutes, stirring frequently.   Add the hot broth and whisk until smooth.  Season with salt and pepper.  Cook for about 5 more minutes.
Saute' sliced mushrooms in frying pan in a little olive oil and butter - salt and pepper to taste.
Roll out pie dough and place into pie pan with about 1/2 inch overhang.  Fill dough with chicken, mushrooms, and pour fricassee sauce over chicken and mushrooms.  Roll out other pie dough and place over the top.  Pinch edges of bottom and top dough together.  Brush beaten egg over top crust and make two or three slits to allow steam to be released during cooking.
Bake for 40-50 minutes until crust is golden brown.  Allow to cool for 10 minutes before slicing. 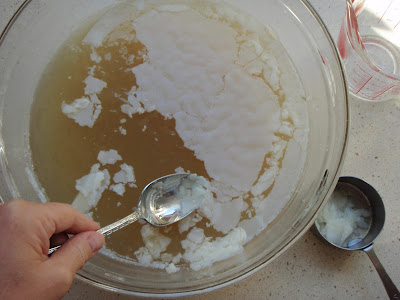 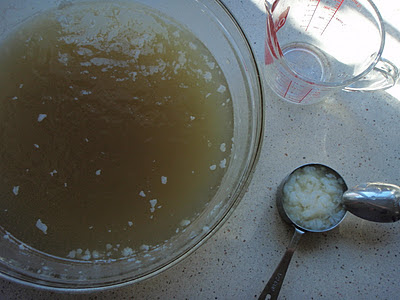 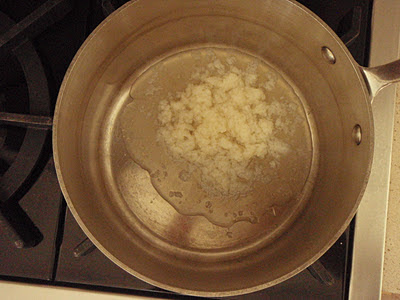 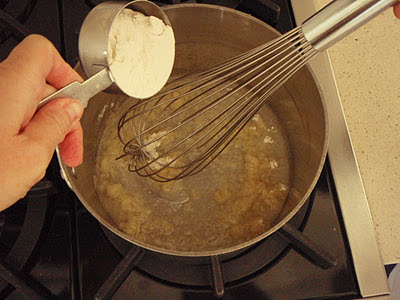 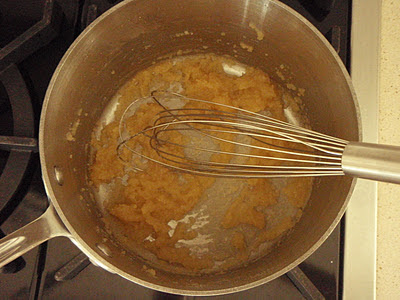 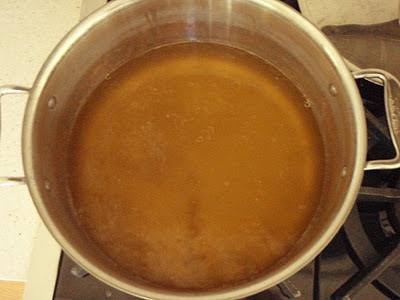 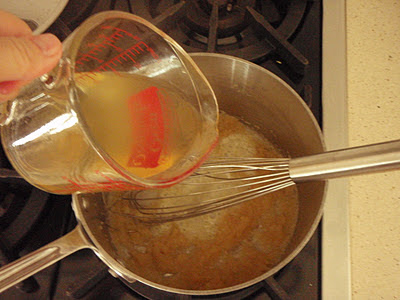 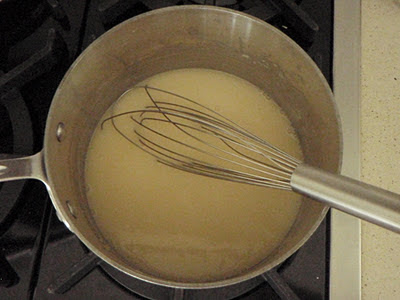 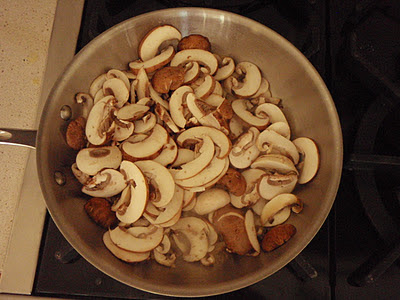 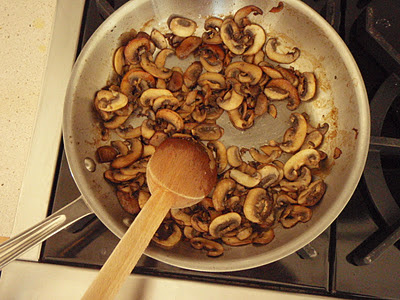 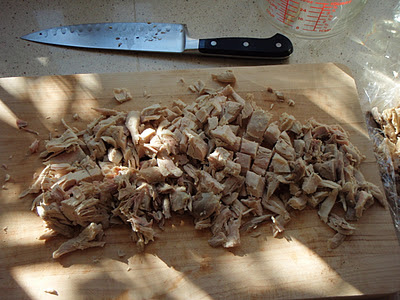 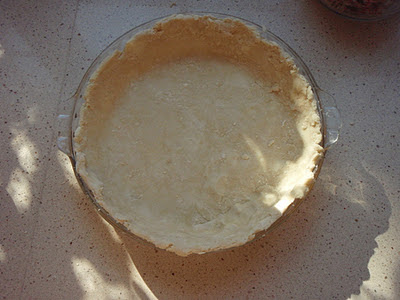 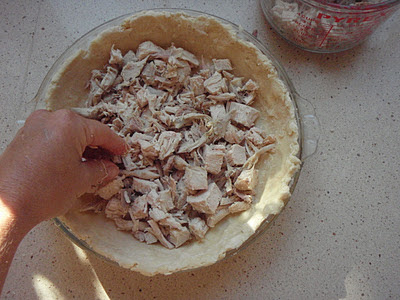 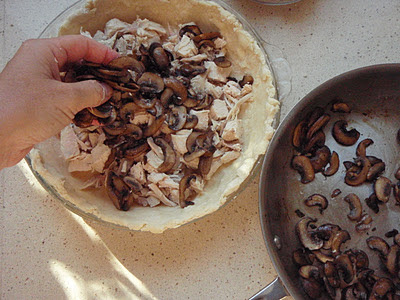 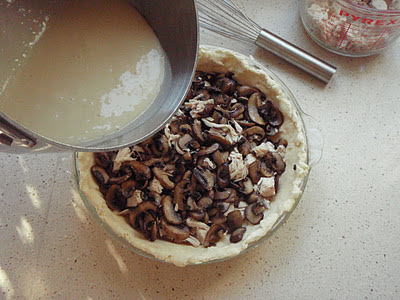 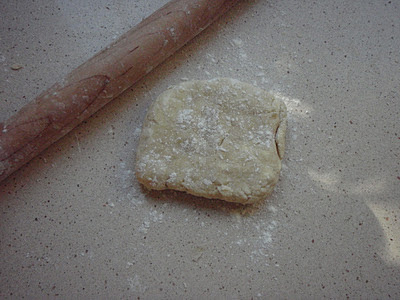 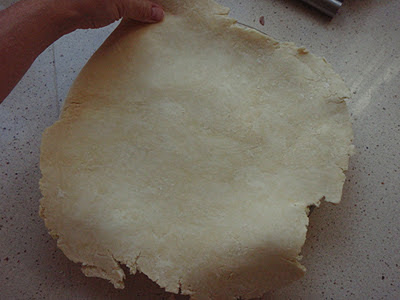 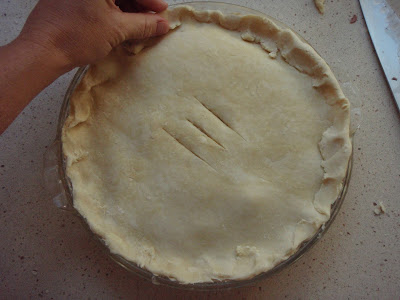 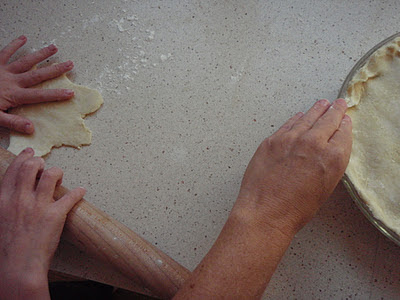 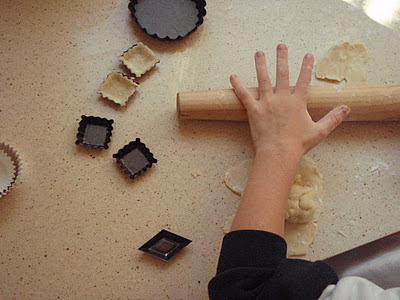 Little people always love to help!   Someone made their own little clementine tarts.  They were pretty tasty! :)﻿ 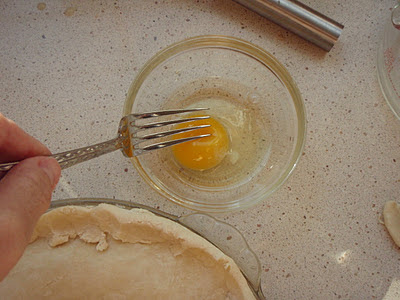 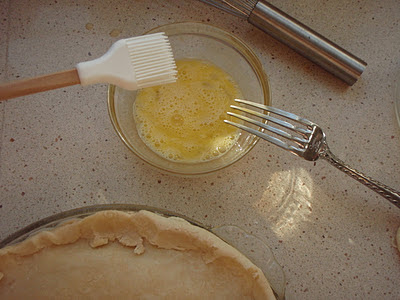 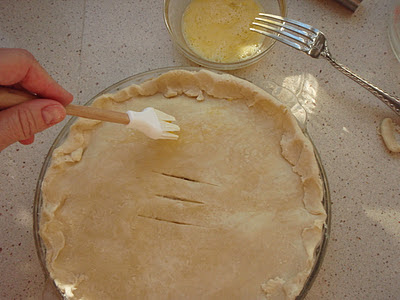 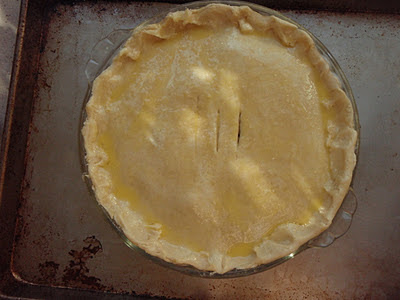 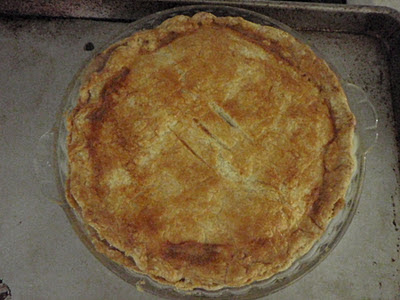 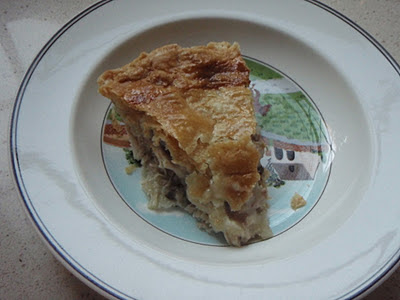 Posted by Cook with Claire at 1:34 PM 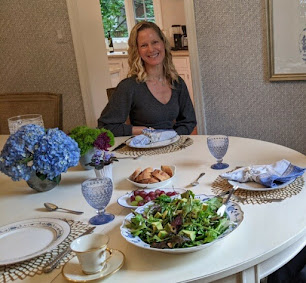 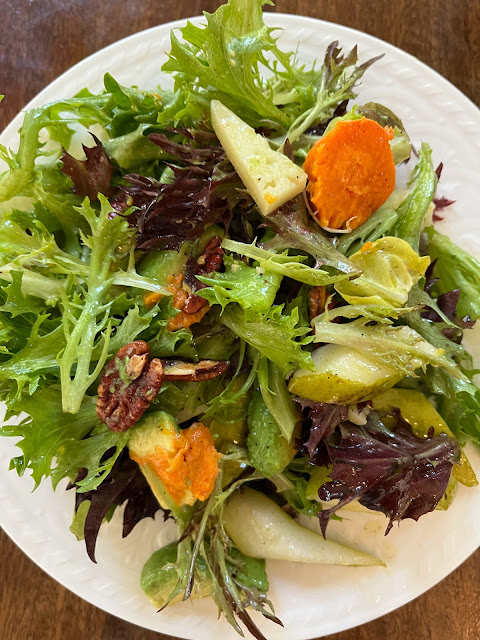